The head of Zanjan Province Cultural Heritage, Tourism and Handicrafts Department Amir Arjmand said on Tuesday that during this period, some 5,594 foreign tourists have visited the tourist attractions in the province while the figure stood 4,400 in the corresponding period last year

Arjmand added that over 259,000 people have visited the monuments and museums in the province, registering a six percent growth in the past 9 months

He added that Soltanieh dome has been the most visited tourist destination in the past 9 months registering some 90,581 visitors

He added: During this period, 45,000 people visited the cave of Kotle Khor in Khodabandeh city

The world’s largest brick dome, the most magnificent limestone cave in the world, salt mummies dating back to more than 2,000 years, the world’s longest covered market, and hospitable people have made Zanjan province a popular and compassionate host for travelers and tourists 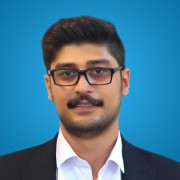